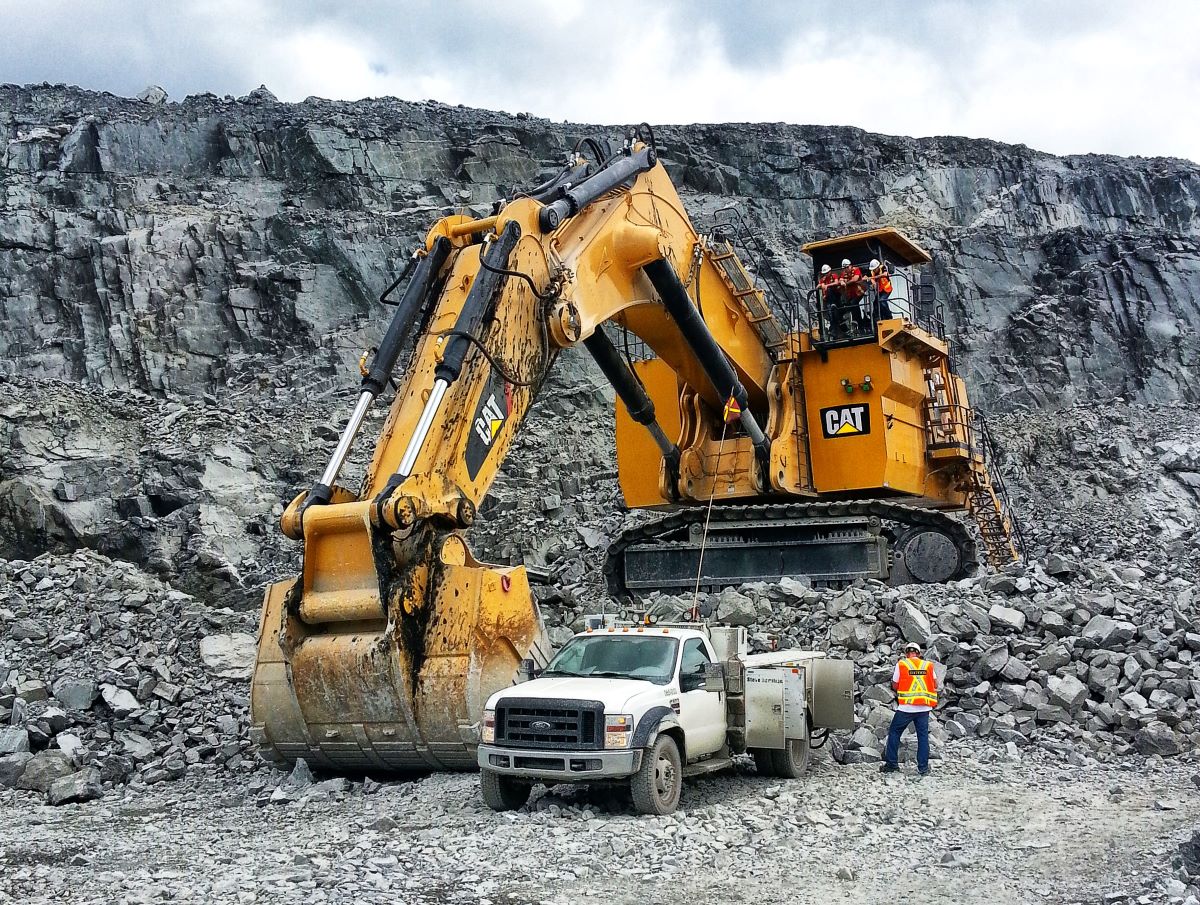 There has been a marked increase in remote control and teleoperation interest in surface mining over the past year or so – partly to address taking the shovel operator out of the pit area where they are loading autonomous truck fleets; but also operators looking at teleremote again for conventional fleets as a safety measure in certain situations. Sudbury-based HARD-LINE is already known worldwide for its teleoperation success in underground mining, from mobile fleets to rockbreakers, but less known are its successes in a surface context, so it is well placed to meet this new potential demand.

HLS HARD-LINE Chile General Manager Brian Laroque told IM: “This was a pilot project that was developed for Codelco to test out what was then a new mining method called vertical wall mining or ‘Talud Vertical’ where they essentially wanted to combine three benches into one 53 m bench, thereby reducing the overburden proportion as the pit deepens. For them to do this safely, they needed to use teleoperation. At that time in 2013, there were some autonomous trucks operating at the Codelco Gaby mine but AHS was at an early stage. So we supplied a TeleOp solution for operators to remotely run three trucks, one shovel, one wheeled dozer, one crawler dozer and a water truck all from 2 km away and non-line of sight. While the technology had already been around for a while even then & had been used on isolated shovels, this was the first of its kind using a small fleet of machines. The system used a wireless mesh network. The equipment interfaces including hydraulic and electrical worked well. The test from getting the PO to the project ending ran for 18 months in 2012/2013 and was a success – they proved that the Talud Vertical method was feasible and we were achieving up to 54 truck loads per shift, but the copper price then hit a low and a number of innovation projects were then put on hold, including this one.”

Back closer to home and Canadian Malartic’s gold mine in Quebec continues to use HARD-LINE TeleOp with the system being applied to two large shovels back in 2012 addressing a unique challenge the mine had to overcome in that the open pit operations were located directly above several historic underground mines. The application of HARD-LINE’s remote control technology supported the mine’s approach to improve safety and increase production throughout its open pit operations. The company applied HARD-LINE’s Radio Remote Control (RRC) system to its production fleet and later upgraded to the TeleOp system. The company initially purchased five RRC systems to operate a Cat D10T dozer, Cat 374 excavator, Cat 345D excavator, Cat 6050 hydraulic shovel, and a Cat 994F front-end wheel loader. The systems enhanced the operator’s safety by enabling the operation of heavy machinery from a distant location. The systems provided a diverse and flexible solution that managed all the vehicles in the production fleet, ultimately improving safety, productivity, and control of the mining operations. Malartic later upgraded key pieces of equipment in its production fleet with HARDLINE’s TeleOp technology to completely remove the operators from the risk zones. The mine later added a Hitachi EX5600 hydraulic excavator with HARD-LINE’s TeleOp system to the fleet.

The installation of control stations offered front-line workers a safe and ergonomic environment. The cabins were installed on site and suspended to provide a better view of the work area. There are currently two control stations implemented to operate the Hitachi EX5600 and Cat 6050.

HARD-LINE says it also has examples of teleoperated shovels working near wet tailings storage facilities (TSF), and with the high profile tailings incidents of recent years, working areas close to some TSFs may also become a growing market as mining companies look to minimise risk.